Get free access to our world class MLS search tools, save your favorite listings, create saved searches & much more! 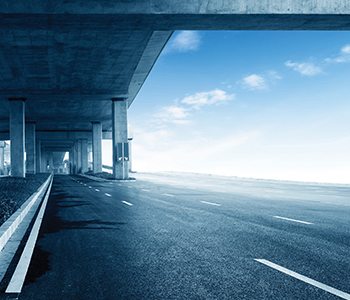 Rudy Malfabon, director of the Nevada Department of Transportation (NDOT), said $110 million of NDOT’s $1.3 billion budget for the 2016-2017 biennium is earmarked for maintenance of existing roads and structures. The rest goes toward construction projects that are changing the way an ever-increasing number of Nevadans travel from town to town and from home to work. These huge construction projects require several years of preliminary work before the first shovel breaks ground, including traffic studies, environmental assessments, and funding plans. Malfabon said he attended his first meeting on Project Neon in 2003, construction began in 2016, and it’s scheduled for completion in mid-2019.

Project Neon near downtown Las Vegas, the largest public works project in Nevada history, is a $1 billion widening of I-15 between Sahara Avenue and the U.S. 95 Spaghetti Bowl interchange. The project covers 3.7 miles of I-15 that is the busiest stretch of highway in Nevada, with 300,000 vehicles per day, 25,000 lane changes per hour, and three crashes daily. Traffic through the corridor is expected to double by 2035, so even though Southern Nevada drivers have been inconvenienced by Phase 1 (labeled “Car-nado”) and Phase 2 (“The Big Squeeze”), NDOT is forced to make major infrastructure changes to keep up with traffic demands. The project includes a full diamond interchange for Charleston Boulevard and an 81-foot-tall, 2,606-foot-long HOV flyover from southbound U.S. 95 to southbound I-15 that also accommodates carpool traffic from northbound I-15 to U.S. 95 northbound. During “The Big Squeeze” from March through the end of 2017, U.S. 95 is being narrowed to only two lanes in each direction between Rancho Drive and the Spaghetti Bowl interchange.

Another NDOT project designed to keep up with growth is the Centennial Bowl Interchange linking U.S. 95 and the 215 Northern Beltway in northwest Las Vegas. More than 107,000 vehicles currently use the ramps and freeways each day, and NDOT estimates that the number will reach 160,000 vehicles by 2036. Parts of the multi-phase project were opened to traffic in 2016, but completion of the entire $47 million interchanges, which includes a 2,500-foot-long bridge crossing the two major freeways, is not expected until 2020.

Further south, Clark County Public Works is continuing upgrades to the $52.4 million, I-215 Airport Connector project, which began in August 2015. Phase 2 of the project, currently underway, includes a direct flyover structure consisting of a nine-span stell bridge 1,923 feet long. The eastbound I-215 off-ramp to Warm Springs Road, which has been closed since January, is scheduled to re-open in June with a new, wider configuration. Phase 2 of the massive project is yet to be scheduled.

NDOT and the RTC of Southern Nevada are working together to develop the first 15 miles of Interstate 11, a $318-million project to construct a new freeway around the southern and eastern perimeter of Boulder City. I-11 will eventually link Las Vegas with Phoenix, and the ultimate goal is to have an uninterrupted interstate link between Mexico, the U.S., and Canada.

Tina Quigley, general manager of the RTC, said $65 million of the funding will come from fuel tax revenue, $250 million from federal grants, and the rest from state highway funds. “This project would not have moved forward without fuel tax indexing,” she said. “Passage of the ballot question was the catalyst to get the flywheel turning.”

Quigley estimated that work on I-11 provides about 4,000 jobs, including construction workers, suppliers for the project and the multiplier effect of extra payroll dollars in the Nevada economy.

NDOT is roughly 60 percent complete with the $83-million first phase, which calls for a 2.5-mile-long, four-lane concrete interstate freeway between Silverline Road and Foothill Drive. The project entails building a full diamond interchange at Railroad Pass, a pedestrian bridge connecting the River Mountains Loop and Henderson trail systems and a railroad bridge to reconnect the tracks previously severed by U.S. Highway 93. Completion is scheduled for December 2017. RTC oversees Phase 2 of the I-11 project, which will carry the freeway 12.5 miles from U.S. 95 to U.S. 93 near Hoover Dam. The $235 million Phase 2 consists mostly of asphalt paving and includes 11 bridges. Both phases of the project should be completed by next spring.

NDOT is also in the final phase of widening State Route 160 from Pahrump to Las Vegas, making the entire highway four lanes wide. The $60 million projects are scheduled for completion sometime next year.

Some of the funding for Nevada’s road projects comes from county fuel taxes. In 2008, Washoe County voters approved a measure allowing their local fuel tax to adjust to inflation every year, helping agencies in charge of roads to maintain their purchasing power.

“Fuel tax indexing gave us the current and projected revenue needed to issue four bonds that helped us move forward on a wide variety of projects across the region,” said Lee Gibson, CEO of the Regional Transportation Commission of Washoe County (RTC). “During the recession, it helped us create construction jobs when there weren’t any, and also keep some of the skilled workers in the region. As a result, we have a pool of labor we can tap into now that we have returned to the good times.”

A temporary fuel tax increase took effect in Clark County in 2013, and last November Clark County voters approved a 10-year extension of fuel tax indexing that could raise the tax by up to 3 cents each year. Over that 10-year period, it’s expected to raise roughly $3 billion for local road construction, maintenance and repair projects.

Jay Smith, president of Las Vegas Paving, which holds contracts for several huge road projects in Southern Nevada, said his company was hit hard by the recession, but he sees jobs gradually coming back, in part due to fuel tax indexing. “We’re optimistic about it bringing quite a bit more work to the table,” he said.

In recent years, water levels in Lake Mead have dropped dangerously low due to continued drought in the West. SNWA completed a massive “drinking straw” project in 2015 called Intake No. 3, which is capable of drawing water even if the lake elevation drops to 1,000 feet above sea level. The development of a new $650 million pumping station began in mid-2015 and is scheduled for completion in 2020. Together with Intake No. 3, the low lake-level pumping station will allow SNWA to pump water from Lake Mead to water treatment facilities from an elevation as low as 875 feet above sea level.

The Las Vegas Valley Water District maintains 6,500 miles of pipeline, 70 reservoirs, and more than 50 pumping stations in Southern Nevada. A water rate increase in 2016, which costs the average residential customer about 75 cents a month, provides funding for the Water District to invest in the infrastructure to maintain this vital system. Entsminger said they are planning about $600 million in capital improvements over the next 10 years, adding. “Advanced planning tools allow us to systematically implement water system repairs, replacements or upgrades in a safe and cost-effective manner before these critical components reach the end of their service life and cause emergency situations for our customers.”

Keeping the Lights On

Now that residential construction is rebounding, NV Energy is starting to get inquiries from developers of master-planned communities about transmission lines and power distribution for their projects, according to Mary Simmons, vice president of business development and community strategy for NV Energy.

On the commercial side, Simmons noted, “There is renewed interest in the Apex and west Henderson areas of Southern Nevada, as well as the area around the Tahoe Reno Industrial Center in Northern Nevada. Although we’re not involved in actual construction yet, we want to make sure [developers] have the infrastructure they need to get their businesses up and running when the time comes.”

NV Energy, which serves 95 percent of the Nevada population, was working on projects to improve service and reliability even during the recession. One project undertaken during the downturn included a new substation and improved transmission lines to serve the largely agricultural communities of Yerington and Smith Valley, and they recently rebuilt the power lines from Carson Valley to the Heavenly Valley Ski Resort at Lake Tahoe.

NV Energy completed a major infrastructure project in 2013 called the One Nevada Transmission Line. The 235-mile line between Ely and Las Vegas connects the northern service area previously owned by Sierra Pacific with the southern service area from Nevada Power. The two entities merged in 1999 to form NV Energy, and both ends of the state can now share power resources, depending on where demand is greatest.

Help from the Feds?

Quigley said, “The Trump administration takes transportation infrastructure very seriously and wants to explore opportunities for the public and private sectors to work together to accelerate some of these major projects.”

Smith added, “We feel things could really get going in a year’s time. If they pass the infrastructure package, we’ll get our fair share of the work, and you’ll see things humming around here.”

One of my first Las Vegas Real Estate clients was a wonderful couple looking for their future retirement home. They were getting calls left and right from agents since they visited so many sites online. I assured them that I had no intentions of bombarding them with calls or emails. However, what I did let them know th...

Wei Chen-Goldman, one of the very experienced agents on the #1 Tonnesen Team at Berkshire Hathaway HomeServices Nevada Properties has closed on another beautiful Las Vegas home in the desirable area of Lake Las Vegas. A very happy couple with 3 children from Minnesota purchased for their future retirement home. The...

Gross Domestic Product, the broadest measure of economic activity, climbed to a more normal 3.1 percent in the second quarter, up from 1.2 percent in the first quarter. Home loan rates bounced around due to tensions with North Korea, debt ceiling debates and devastating hurricanes, but they remained just above all-tim...

This charming one-story home on a cul-de-sac in the lovely, age-restricted, gated community of Silver Springs Sterling has a new owner! Although probate sales can often be problematic, this one closed with no difficulties due to the efforts of agent, Melodi Hunter and the #1 Tonnesen Team at Berkshire Hathaway Nevada...